By Samarth
April 6, 2012
ApplicationsiOS
The New iPad (namely iPad 3) is supposed to come with a 2048×1536 Retina display and feature a quad-core Apple A5 system-on-a-chip, and possibly 4G LTE networking. Though it has not been officially announced by Apple Inc, no one would doubt that iPad 3 is stronger and faster than its predecessor. Below will figure out top 5 best the New iPad/iPad 3 games and make it easier for you to download and play the hottest games with the New iPad. 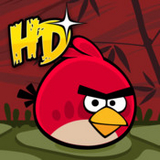 Fireworks popping, lanterns glowing, red envelopes bursting with money – it’s Chinese New Year! This holiday is China’s biggest and longest festival, a time for feasting with family and friends, setting off fireworks, and having fun. The Angry Birds are celebrating the start of the Year of the Dragon, but the piggies are trying to scare them away from their eggs! Luckily the Angry Birds have some help – the Mighty Eagle has transformed into the fearsome Mighty Dragon! 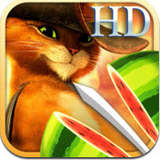 The suave fruit-slashing swashbuckler, Puss in Boots, faces a challenge that would make Sensei proud. His search for the Magic Beans brings him to developer Halfbrick’s legendary hit game Fruit Ninja. Prepare for a journey full of familiar and fruit slicing action he encounters a huge variety of new and exciting challenges! 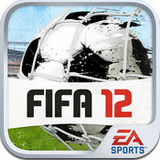 Rockstar’s classic PlayStation 2 game that started the Grand Theft Auto phenomenon as we know it has been revived in a 10th Anniversary edition on iOS, and it’s better than you think it’ll be. Touch controls, obviously, are required, but if you can put up with the adjustments, you’ll be rewarded with the best GTA game that ever hit a tablet…thus far. 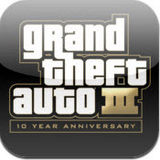 Rockstar Games celebrates the 10th anniversary of one of the most influential games of all time. The critically acclaimed blockbuster Grand Theft Auto III comes to mobile devices, bringing to life the dark and seedy underworld of Liberty City. With a massive and diverse open world, a wild cast of characters from every walk of life and the freedoms to explore at will, Grand Theft Auto III puts the dark, intriguing and ruthless world of crime at your fingertips. 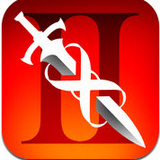 The year’s most anticipated iPad game doesn’t disappoint, if you’re a fan of the original or crave console-quality graphics. A lot of this sequel’s mechanics remain true to the original Infinity Blade: swipe-based swordplay, weapon upgrades, and lots and lots of dying. There are a few new wrinkles, though: for instance, you can now explore branching pathways. Plus, it all looks even better than before. We’d still prefer a full-fledged adventure, but Infinity Blade II is another step forward.