How will the new Android 5.0 Lollipop will look on Smartphones, SmartWatch and Tablets

By Samarth
October 21, 2014
SpecificationsGadget
Google has launched its latest version of Android Operating System and this time it has named it as Lollipop as its a trend that Android version have been named after sweets.

Google has released updated Android 5.0 Developer Preview images for the Nexus 5 and Nexus 7 (Wi-Fi, 2013), alongside the ‘full release’ of the Android 5.0 Lollipop SDK with final APIs, ahead of the general roll-out in early November for end users and new devices.

Here is a image showing how the new Android Lollipop will look on Smart Phone, Smart Watch And Tablet. 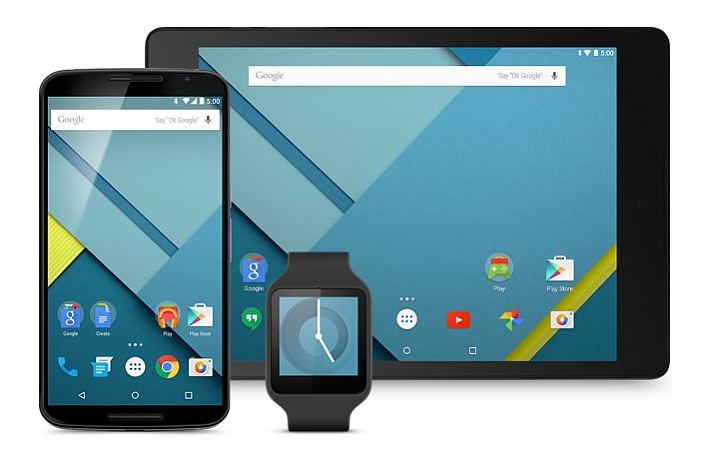 The design of the navigation keys have been changed and various app icons have been also changed. This time the look is more simple and sober. Though from inside it must be more fast and powerful.

This time special attention must be given on the UI customizability as the concept of smart watch is new and Google people will definitely want to grab the market of SmartWatch .

The release of the final Android 5.0 Lollipop SDK is significant for developers, and gives them access to the 5,000 new APIs they can use for their apps and services. The company notes that several APIs and behaviours have changed in the SDK since its developer preview release from earlier this year, and that users should delete all preview packages via the SDK manager while installing the final release.