The all new mobile from the Chinese Handset maker Huawei Honor 4X is available exclusively on Flipkart.

With a 5MP front camera, the Huawei Honor 4X captures candid moments with its 22mm wide angle lens. It also has a fully laminated black waterfall screen which ensures sharper, vivid images at a pixel resolution of 1280×720.

Plain and simple design reference wouldn’t be wrong to mention along the lines of Honor 4X. But that never interrupts the quality quotient of the device and Huawei has made sure the construction of this phablet doesn’t compromise on the value factor.

The Honor 4X is priced at ₹ 10,499 at Flipkart which you can buy by clicking HERE With some great offers. 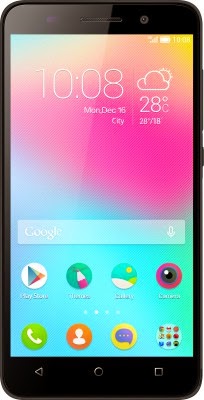 The availability of a 64-bit chipset should ideally work in its favour but it turns out Snapdragon 410 is merely upgrading the numbers without bumping up the performance.
Honor branding has been placed at the center with the imaging sensors (and flash) positioned on the top left side. Unlike the Redmi Note 4G’s glossy plastic finishing, Honor 4X garners higher number on the design, build quality and finishing aspect.

It’s got the power to match others at this price point, competent camera makes it even better than likes of Yureka and Redmi Note 4G and long battery life among other. With 4G dual-SIM support puts the icing on the cake for Honor 4X. A definite buying option for anyone.