By Samarth
July 29, 2014
SpecificationsSmartphone
Xiaomi the great Chinese Samartphone manufacturer has made its debut in Indian market by releasing its new mobile Mi3 is a superb mobile with great hardware and has many features which are found only in mobiles phones having price more than 30K. 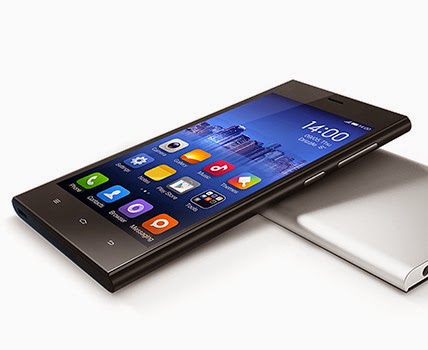 The phone is exclusively available on ecommerce site Flipkart.com, and is currently available for only registered users.

– Qualcomm Snapdragon 800 8274AB
– 13 Megapixels Main and 2 MP secondary camera
– Supports 3G(WCDMA) and 2G(GSM) networks, Wi-Fi Display，Wi-Fi Direct，5GHz Wi-Fi, NFC
– 3050mAh lithium-ion battery
– 2 GB RAM, 16 GB Memory
– 5-inch Full HD 1080p LCD IPS touch display, 1920×1080 FULL HD 441ppi
– Sensors – Gyroscope, Light sensor, Accelerometer, Proximity sensor, Electronic compass, Barometer
– Android 4.3 optimized with MIUI version 5
Click here to download best Games for this mobile
This mobile will be giving a tough competition to Moto G as you will be getting nearly same configurations like Nexus 5 with the price of Moto G. Though people are still worried that it is a Chinese brand and will be of poor quality but remember it has branded hardware. So its up to you to go with it or not.
SamTeck recommends this mobile over Moto G.